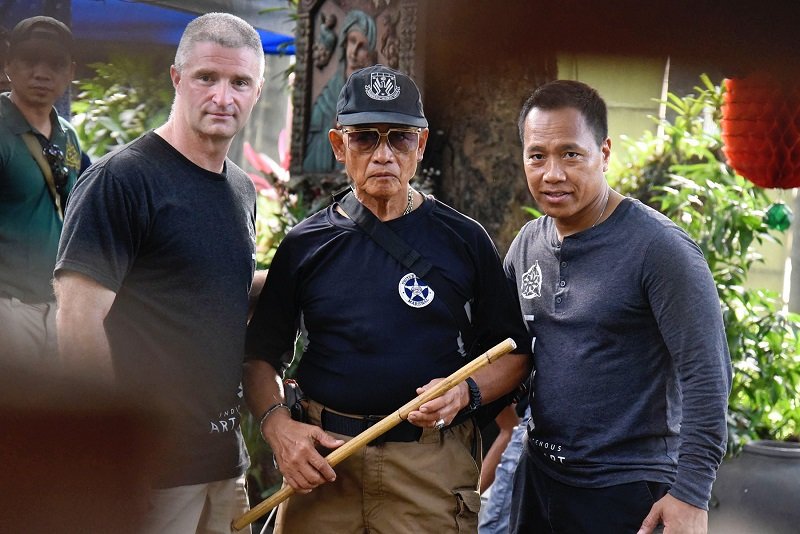 With its cultural and philosophical values Pekiti-Tirsia?s history traces back more than 1500 to 2000 years.? The Pekiti-Tirsia system of Kali is the family system of the Tortal Family and was founded in 1897.? ?Leo T. Gaje Jr. is the grandson and heir to Conrado B. Tortal and is the present Keeper of the Pekiti-Tirsia Kali System.

Pekiti-Tirsia?s movements are based on the traditional blade art of the Philippines.? These movements involve broken, fluid and circular motions.? In addition, PTK incorporates triangular movements; which combined with footwork, allows one to move very quickly and destroy their opponent.

Pekiti-Tirsia Kali is a compact and comprehensive fighting system. ?Furthermore, it encompasses all phases of self-protection:

Economy of motion is particularly important and necessary in any combat situation.? You never want to waste time or energy.? When you?re training in a martial art and particularly a combat art, you must perform thousands of repetitions of that movement for it to become reflexive or a habit.? The PTK system is designed so that once you learn how to fight with and against someone armed with a blade, you can apply those same training methodologies against an attacker when unarmed. ?As a result, this training process requires you learn one set of fighting principles and movements and allows for time management.? Using the same motion against an attacker whether they have a weapon or not is itself economy of motion.

While PTK is an extremely effective and deadly combat art, killing is not the only philosophy.? PTK is a brotherhood, a sisterhood, PTK is a family with a personal value system: